Bremen/Hamburg, 27. Juli 2016. TeamGaebler’s SpeedFoiler project continues to gain momentum. On Wednesday, the team – headed by the multiple sailing world champions Roland and Nahid Gäbler – announced additional partners and suppliers for the construction of the high-speed catamaran and the planned global Foiling World Cup racing series. As recently as the beginning of June, the global specialty chemicals company Evonik, based in Essen (Germany), came on board as a partner in the development of the prototype.


The first co-sponsor of the planned Foiling World Cup is Loomion AG (www.loomion.com). The Swiss company, FinTech, specializes in communication solutions software for boards of directors and top management, building board portal solutions for well-known companies.

A new official supplier is SAERTEX (www.saertex.com), which will provide, among others, the carbon fabric for the SpeedFoiler prototype. SAERTEX, which is headquartered in Saerbeck (Germany), is the world market leader in the production of multiaxial non-crimp fabrics and core materials for the production of fiber composites. With approximately 1,300 employees and twelve production sites on five continents, the SAERTEX Group has a global presence.

The logistics partner for the Foiling World Cup will be Fr. Meyer’s Sohn (www.fms-logistics.com). The long-established Hamburg-based company is one of the largest ocean freight carriers worldwide.

“With their expertise, their products and their enthusiasm, our new partners are giving the SpeedFoiler project a vigorous extra boost,” said team boss Roland Gäbler delightedly on the occasion of the announcement. “It was also important for us that we share common values. With their innovation and their dedication to perfect solutions, SAERTEX, Fr. Meyer’s Sohn and Loomion, as well as Evonik, are an ideal fit for us,” emphasized Gäbler.

The prototype SpeedFoiler is scheduled to be built later this year. It belongs to the new generation of flying (foiling) multihulls and is planned to be the fastest production sailing boat for two-member crews. SpeedFoiler was designed by Martin Fischer, one of the most renowned multihull designers. Roland and Nahid Gäbler will first have the prototype participate in established regattas starting in fall 2016. Subsequently, serial production and a new racing series – the Foiling World Cup – are planned for 2017.

We would be happy to help you if you need further information and/or pictures. 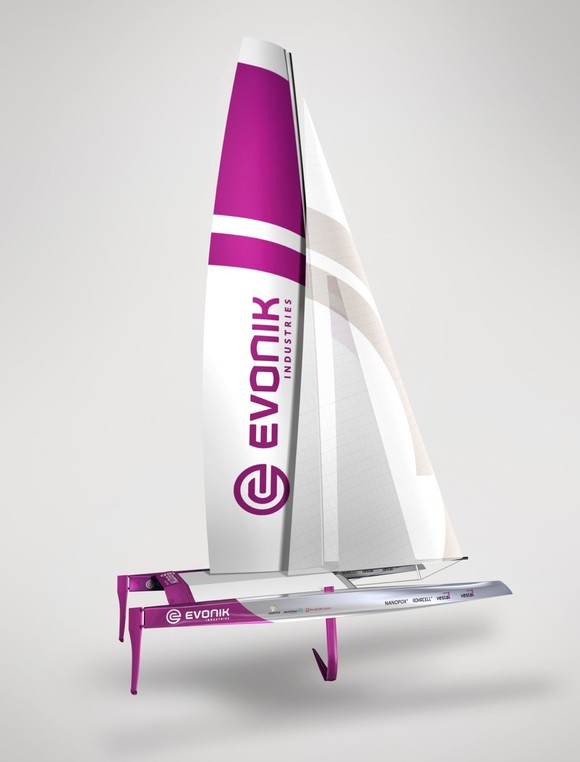