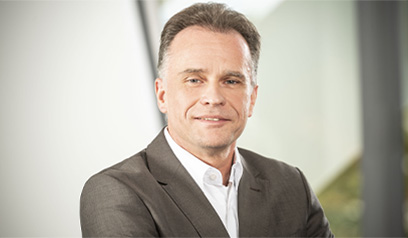 The SAERTEX success story began with a good idea in 1982: The concept of producing technical reinforcing materials in the form of stitch-bonded fabrics – so-called non-crimp fabrics (NCF), instead of conventional textiles, and leveraging existing specialist knowledge to develop completely new products. Although corporate expansion has made it necessary in the meantime to construct and occupy new buildings around the world – developing SAERTEX as a global player – much of the old pioneering spirit still remains today. This is particularly evident in our determination to constantly seek new directions and display the courage to pursue them.

2020
New SAERTEX production site in the north of Mexico in Ciudad
The first machines will be commissioned in the second half of the year.
2019
Acquisition of TK Industries
2018
In January 2018, SAERTEX Turkey is founded in Izmir.
2017
After Saerbeck and Huntersville, the subsidiary opens its third production site in Pinghu, China.
2017
Brødrene Aa and SAERTEX win the JEC Award for a passenger ship made of carbon.
2016
SAERTEX multiCom introduces the world’s first GRP liner for trenchless rehabilitation of potable water pipes with UV curing.
2014
DEVOLD AMT becomes part of the SAERTEX family and rounds off the product range for the volume business.
2014
SAERTEX wins the JEC Innovation Award in the area of wind power with the MAPRETEC project.
2013
In late 2013 a new product site is opened in Brazil’s Indaiatuba, São Paulo.
2013
In October, SAERTEX multiCom opens a new site in Huntersville, North Carolina/USA.
2010
SAERTEX wins the AVK Innovation Award 2010 in the “Industry” category for the development of the patented product SAERfix®EP.
2008
The worldwide 8th SAERTEX site is opened in China’s Dongying in October 2008.
In the same year, SAERTEX Portugal begins its production in Viana do Castelo.
2005
SAERTEX India is founded in Pune in July 2005.
2002
SAERTEX France is founded in 2002 in Arandon, east of the French metropolis of Lyon.
2002
The next SAERTEX plant is constructed in Stade.
Build-to-Print components and preforms for Airbus are produced there.
2001
In January 2001, SAERTEX USA starts its production of multiaxial fabric.
1997
SAERTEX receives its firstqualification for the aviation industry (Black Wing Program).
SAERTEX South Africa was founded not far from Cape Town in 1997.
1996
The subsidiary develops and produces GRP liners - a top product for trenchless sewer rehabilitation.
1990
For the first time, SAERTEX fabrics are produced from carbon fibers.
1982
SAERTEX Wagener GmbH & Co. KG is founded by Bruno Lammers and Gert Wagener in Saerbeck, Westphalia.

Our strengths primarily lie in the design and stress analysis of components that have previously been made of metal, but that are in future to be manufactured from plastic-reinforced materials.

SAERTEX also provides significant added value for the customers by producing, upon request, two or three-dimensional preforms made of non-crimp fabrics.

According to your specifications and on the basis of individual CAD drawings, we will precisely pre-cut the respective shapes using our cutting machine, so that they are available to you for direct further processing.

In 2002 SAERTEX entered the field of component manufacture with its factory in Stade’s “CFRP Valley”.

One of the key success factors in sustainable engineering is achieving minimum weight while simultaneously maximising component quality.

A QUALITY APPROACH FROM THE AVIATION SECTOR

Companies – like SAERTEX – that have made it their philosophy to overcome existing production and development limitations, must be prepared to be judged to the highest standards.

Despite its healthy growth, SAERTEX still maintains the charm of a family owned and managed medium-sized company.

What do we offer?

Who are we looking for?