SAERTEX EXPANDING ITS CAPACITY AT ITS HEADQUARTERS IN SAERBECK

Saerbeck – SAERTEX is expanding its production area at its location in Saerbeck by an additional 10,000 square meters, resulting in a total of more than 50,000 square meters. District Administrator Dr. Klaus Effing, Saerbeck’s Mayor Wilfried Roos, SAERTEX founder Bruno Lammers and his two sons Simon and Klaus Lammers – who recently moved up into management positions in the company – took part in the groundbreaking ceremony on June 12.

“We hope that the new hall can be completed by early 2017,” said Bruno Lammers in a short speech to numerous invited guests. Bruno Lammers also made a clear commitment to the Saerbeck location: “The SAERTEX Group continues to grow, and we are investing in our future – especially at our location in Saerbeck. The new production facility is a milestone for us and will enable us to further improve our productivity and delivery performance for our customers.”

The new production facility will be designed and built by engineering contractor Hoff in Gronau. The plant equipment will be distributed over two levels to improve the automation of production processes. A particular challenge lies in the fact that the ceiling has to support very heavy loads of up to two tons per square meter. 9,000 square meters of production space and 1,400 square meters of warehouse and shipping space are planned for the plant expansion in order to satisfy the increasing demand for textile reinforcement materials for lightweight construction and for Germany’s renewable energy revolution.

With a turnover of about 320 million euro (2015), the SAERTEX® family-owned company is the world market leader in the production of multiaxial non-crimp fabrics and core materials for the production of fiber composites. Customers in the wind energy, aerospace, automotive and sports industries, as well as in boat building, rely on composites that – due to SAERTEX®-manufactured reinforcing materials made of glass, carbon and aramid fibers – have improved lightness, stability and resistance to corrosion. Especially in the fields of shipbuilding, transport, oil & gas, and the construction industry, SAERTEX offers supporting services in the conversion of steel components to composites – from structural analysis through process development up to mass production of the components. With approximately 1,300 employees and twelve production sites on five continents, as well as an active distribution network in over 50 countries, the SAERTEX® Group has a global presence. 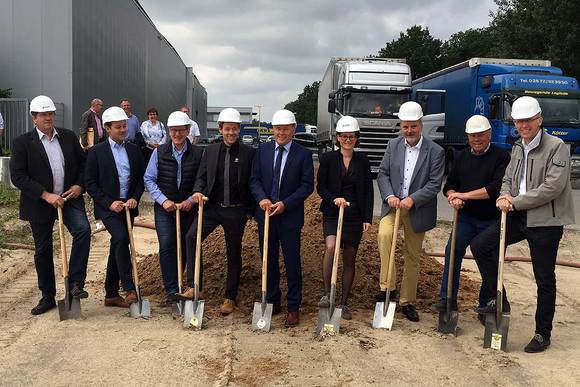