Saerbeck, May 24 2019 – SAERTEX® is pleased to announce its contribution to the prototype production of a wind turbine blade with probably the longest carbon fiber spar cap made in vacuum infusion technology so far.

In April 2019, a wind turbine blade manufacturer in China successfully finished the production of an 87.5m spar cap. The spar cap is one of the key structures inside a rotor blade and takes up most of the mechanical load. The new record spar cap is made of carbon fiber to reduce the part’s weight and achieve higher stiffness which is essential for rotor blades of such extreme length.

The spar cap was designed by WINDnovation. It represented a technical challenge because of its length of 87.5m and its width of 800mm. Materials used for production of the part were the SAERTEX infusion-optimized carbon fiber UD 618gsm (unidirectional non-crimp fabric) with increased z-permeability material, which had been specially developed for the infusion of thick lay-ups as well as the latent resin system 3325 A/B from CTP AM with optimized viscosity and extended pot-life.

The spar cap was infused in VAP® technology with COMPOSYST's VAP® membrane CS/E which enables degassing of the resin during the entire infusion and eases resin distribution throughout the entire part as well as control of the resin content in the part. This makes the entire process safer.

The infusion process itself took less than 2 hours and was completed without any problems. After demolding, the entire team was very pleased to inspect a spar cap of virtually perfect built quality. The prototype production was technically supported by SAERTEX, WINDnovation, COMPOSYST and CTP AM.

About SAERTEX®:
With approximately EUR 350 million of annual revenue, the family-owned company SAERTEX® is the global market leader in the manufacture of multiaxial fabrics (non-crimp fabrics) and core materials for the production of fiber-reinforced composites. Customers in the wind, aerospace, automotive, sports and boat building industries rely on SAERTEX® reinforcement materials made from glass, carbon and aramid fibers to achieve lighter weights, enhanced stiffness and corrosion resistance. Particularly in segments like shipbuilding, railways, oil & gas and construction, the company offers additional services to support customers in the transformation of components from steel to composite – from calculations and process development to serial part production. With some 1,400 employees and fourteen production sites on five continents, as well as an active distribution network in more than 50 countries, the SAERTEX® group is globally positioned, to satisfy the rising demand for advanced-technology composite solutions. More information: www.saertex.com 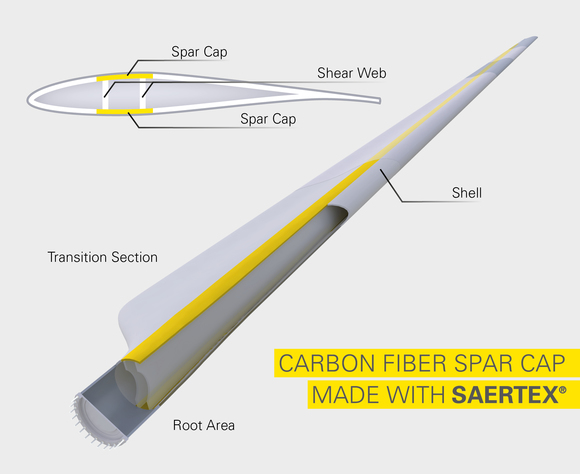