The SAERTEX family-owned company: generation change in the management

As a future-oriented step, SAERTEX CEO Bruno Lammers is passing the management of the world mar-ket leader in non-crimp fabrics and fiber-reinforced composites – a medium-sized family-owned business – on to his sons Klaus and Simon Lammers on July 1, 2016.

Company founder Bruno Lammers is going to make use of his expert knowledge in the area of R&D and innovations. At the same time, he will support his sons Klaus and Simon, who will now be addi-tional managerial partners, in an advisory role.

Klaus Lammers is now responsible for Sales and Operations of the international SAERTEX group. His twin brother Simon is taking care of the areas of HR, Finances, Purchase and the management of SAERTEX’ subsidiary, SAERTEX multiCom.

About SAERTEX:
With an annual turnover of approx. EUR 320 Mio. €, the family-owned company SAERTEX® is the global market leader in the manufacture of multiaxial fabrics (non-crimp fabrics) and core materials for the production of fiber-reinforced composites. Customers in wind, aerospace, automotive, sports and boat building industry rely on SAERTEX® reinforcement materials made from glass, carbon and aramid fibers to achieve lightweight, enhanced stiffness and corrosion resistance. Mainly for segments like shipbuilding, railways, oil & gas and construction the company offers additionally services to support customers in the transformation of components from steel to composite – from calculations and pro-cess development to serial part production. With some 1,300 employees and twelve production sites on five continents, as well as an active distribution network in more than 50 countries, the SAERTEX® Group is globally positioned, to satisfy the rising demand for advanced-technology composite solu-tions. 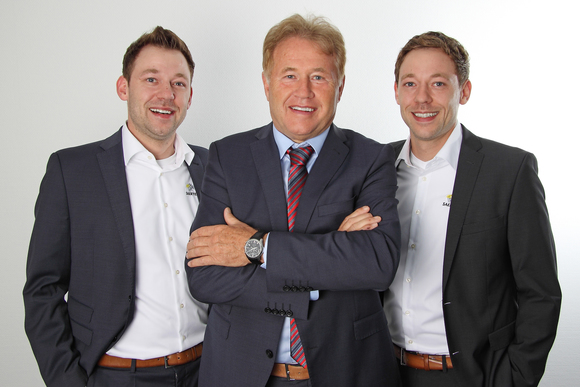