Saerbeck, 15 February 2018: The JEC INNOVATION AWARD, which is awarded during the course of JEC WORLD in Paris – the leading trade show for composite materials – is considered to be the most important innovation competition in the industry. SAERTEX has entered the competition with three projects – and all of them have landed on the shortlist for this year’s prize. The award ceremony takes place in Paris on 7 March.
SAERTEX already took home one of these coveted prizes in both 2014 and 2017. This year, the family-owned company from the Münsterland region of Germany entered the competition with three projects, which already prevailed over many competitors during the pre-selection phase. In the “Rail Vehicle” category, SAERTEX, together with the company SMT and Alan Harper, entered a project which involved the renovation of the floor panels in 66 trains of the Deutsche Bahn ICE fleet through the installation of fireproof SAERTEX LEO® materials. In the “Marine” category, SAERTEX LEO impressed with the design of a complete composite sundeck for a 110-meter long river cruise vessel which was constructed in partnership with the Meyer/Neptun shipyard in Papenburg. In the category “Construction and Infrastructure”, the use of Carbon SAERfix for concrete pipe rehabilitation, in association with Spanish customer GRUPO NAVEC, proved itself convincingly. In this case, SAERTEX and HENKEL are the co-innovators of the project under the leadership of GRUPO NAVEC.

The JEC AWARD is awarded by a distinguished specialist jury during the course of the JEC World Exhibition in Paris. The prize is a reflection of the innovative strength of companies in the composite materials sector and is awarded in a total of ten categories. 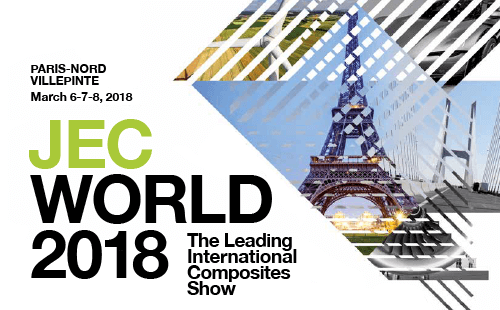