Almost 24 hours to the minute after the fire alarm was triggered, operations at SAERTEX GmbH & Co. KG have resumed at 100 per cent. Employees in the administration and production have been back on the job since 06:00 a.m.
The same applies to the administration of SAERTEX multiCom GmbH. Clean-up operations have commenced at the SAERTEX multiCom production plant. Management is relieved that no one was injured, and would like to thank the more than 300 responders of the fire department, the THW (Technical Relief Service) and the German Red Cross – as well as all SAERTEX employees.

"Yesterday was a huge shock for us all. We are very glad that none of the employees, none of the emergency responders and, above all, none of the residents were injured by the fire in Saerbeck", states a relieved Simon Lammers, Vice Chairman of the SAERTEX Group. "The event has shown us how well our employees can pull together under extreme circumstances. We will be doing our utmost to resume production at SAERTEX multiCom as soon as possible. I would like to express special thanks to the more than 300 emergency responders who, with their professional work yesterday, gave everything to protect our employees’ life and limb and to minimise the material damage", adds Frank Mersmann, Managing Director of SAERTEX multiCom GmbH.

In the early morning hours of January 25th, the fire alarm was triggered in the 5,000 square metre production and storage facility of SAERTEX multiCom in Saerbeck. During the course of the day, more than 300 emergency responders were deployed on the plant premises. A significantly smaller contingent of approximately 30 responders is now taking care of the last smouldering nests and securing the scene of the fire. The fire department expects to be done in the course of this afternoon.

With revenues of approximately 350 million Euro (2016), the family-owned SAERTEX Group is a world market leader in the manufacturing of non-crimp fabrics and core materials for the production of fibre composites. Customers in the wind, aeronautics, automotive and sports industries rely on composites that gain in lightness, stability and anti-corrosive qualities through the glass, carbon and aramid fibre reinforcement materials by SAERTEX®. The subsidiary SAERTEX multiCom® is a leader in the area of trenchless pipeline sanitation for waste water as well as potable water. About 120 of the 600 SAERTEX employees at the Saerbeck site work for SAERTEX multiCom GmbH. With a total of 1,400 employees and 14 production sites on five continents and an active sales network in more than 50 countries, the SAERTEX® Group is represented worldwide. 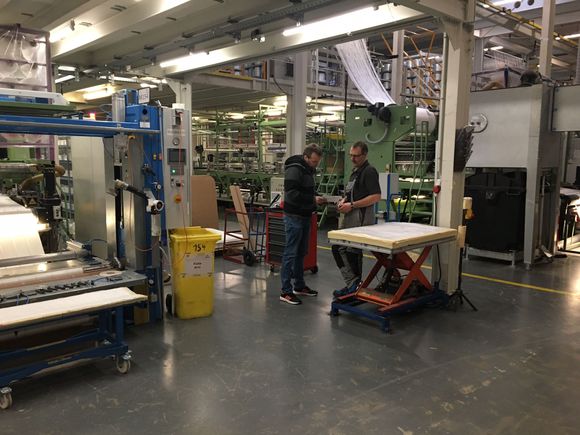 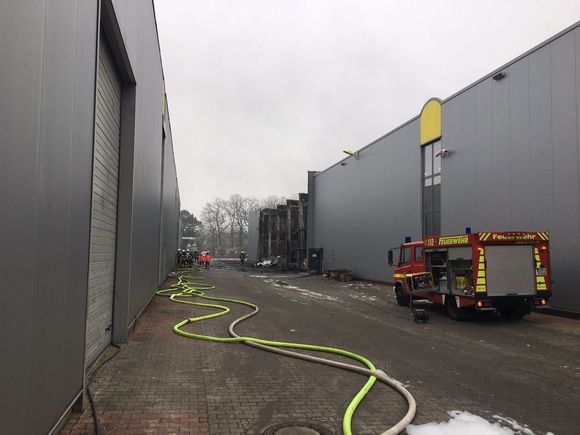