From March 14 to 16, 2017, SAERTEX attended JEC WORLD 2017, the leading international trade show for the composites industry in Paris. The lightweight construction specialists from SAERTEX presented new composites made of carbon and glass fiber at its large 128 m2 booth.

Visitors from all over the world showed great interest in the new products on display. These included SAERfoam, an alternative to balsa wood, as well as a special focus on SAERTEX innovations in the field of carbon (CFRP) composites. Successful applications using carbon non-crimp fabrics were exhibited at JEC WORLD from fields such as marine, automotive, aerospace, and wind power.

The show’s highlight was the Norwegian “Vision of the Fjords” project – a 41 m long tourist ferry made completely from carbon. At the show SAERTEX received the coveted JEC INNOVATION AWARD 2017 for its contribution to this project, alongside co-winning shipbuilders Brødrene Aa and two other partners. 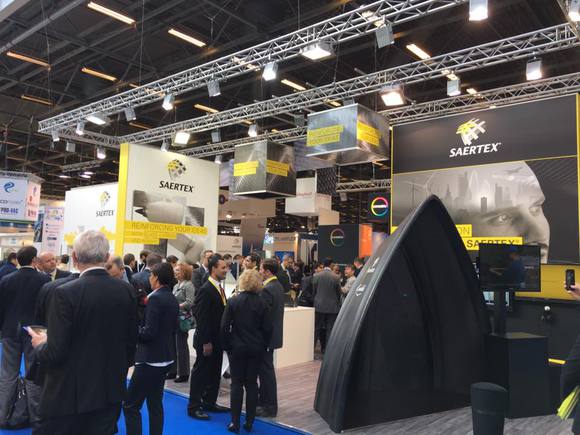