Homepage / About SAERTEX / News / SAP system is rolling out in India

SAP system is rolling out in India

After the successful introduction of SAP in SAERTEX Germany (01.01.2013), SAERTEX Portugal (01.01.2014), SAERTEX Brasil (01.06.2014) and Devold Lithuania (01.04.2015), the system is rolling out in SAERTEX India.
With close cooperation within the whole SAERTEX team and the support of the company Primus from India, the system went live on January 10, 2016. The project manager from SAERTEX Saerbeck, Klaus Brüggemann, Jürgen Ewering and the entire SAP Team can now look back on a successful project: “The impressions of Indian SAP rollout will always remain in our memory, not least due to the outstanding cross-border cooperation. The short implementation period of only four months was made possible through the good interaction between the different parties. At this point again a big "thank you" to the entire team from India headed by Rajesh Sharan, the German SAP key users team and the IT department from Saerbeck.“ (Klaus Brüggemann) 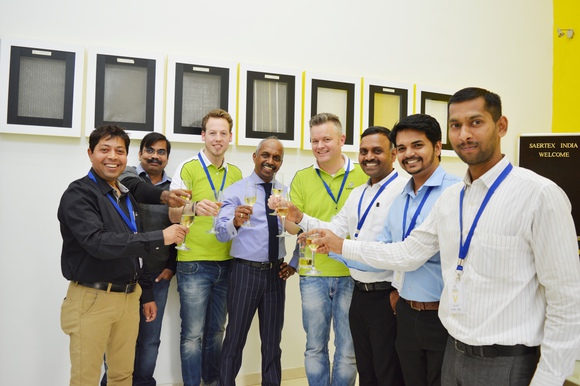