Production of multiaxial glass fiber non-crimp fabrics for lightweight construction applications will commence immediately at the new production facility in Ciudad Juárez, northern Mexico. The site benefits from its proximity to key customers that produce rotor blades for the wind power sector.


Commencement of operations at the production facility in Mexico means that the company’s global network has now expanded to 17 sites. Non-crimp fabrics made of glass fibers are from now on produced at the new site in Ciudad Juárez, which covers an area of around 15,000 m2. A brand-new production hall offering a factory floor area of approx. 9,000 m2 and state-of-the-art, sustainable infrastructure was constructed there in recent months. Overall, 54 new jobs will be created at the newly founded SAERTEX Mexico S.A. de C.V.

The full press release can be found here. 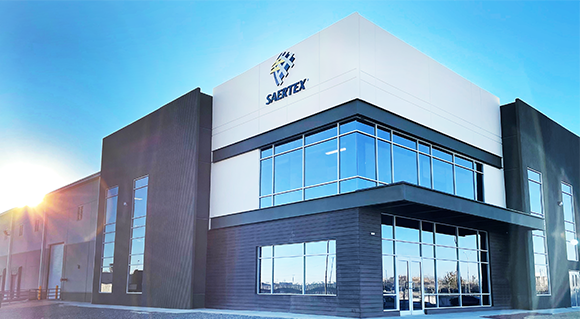 SAERfoam for Wind is a further development of the previous SAERfoam materials – especially for use in rotor blade construction. A solid addition in the one-stop shopping approach for the wind industry with many advantages.

The entire SAERTEX team would like to thank everyone who visited us at our booth at JEC WORLD and for the many friendly conversations and new contacts that were made! We had a great time and are already looking forward to the coming shows.

JEC World 2022 is history and it was a complete success and great new edition after a time without messe appearances. A fair with many innovations, fantastic new contacts and a great atmosphere. It was a pleasure to be there again!