FICCI president Sidharth Birla presented the award at a ceremony during the FICCI and Quality Council of India’s quality summit held in mid-June 2014 in New Delhi. Mr. B. Venkataram, general secretary of the Quality Council of India, congratulated the prizewinners in a speech he gave at the ceremony which included reference to the rapid changes and ever more stringent requirements that prevail in the quality assurance field.

The FICCI Quality Systems Excellence Award, for which over 90 companies competed this year, differs from many similar awards in the industry in that it does not concentrate on products, but on the quality systems behind them which make manufacturing excellent products possible. 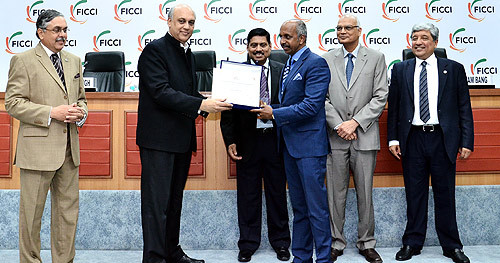