SAERTEX would like to congratulate its customer Bombardier, one of the world’s leading manufacturers of business jets, on the successful first flight of the Learjet 85 aircraft – the latest member of the Bombardier Learjet family.

The twin-jet business aircraft from the Canadian aircraft firm took off for its first flight on 9 April 2014. Also on board were non-crimp fabrics from SAERTEX. These were built into the wing skins, the stringers and bulkheads, where they ensure the highest load-bearing capacity with low weight. SAERTEX supplies the material to Bombardier’s Belfast operation, which is responsible for the production of the advanced composite wing skins and spars for the Learjet 85 business jet. The technological development of the SAERTEX carbon fabrics and the use of Bombardier’s state-of-the-art resin transfer infusion technology have helped to optimise the wing manufacturing processes at Bombardier, as well as increasing the quality of the components and the production efficiency. The carbon fabrics are used not only in the production of the Learjet 85 aircraft wing skins and spars, but also for the manufacture of the complete wings for the Bombardier CSeries aircraft.

CSeries, Learjet and Learjet 85 are registered trademarks of Bombardier Inc. or its subsidiaries. 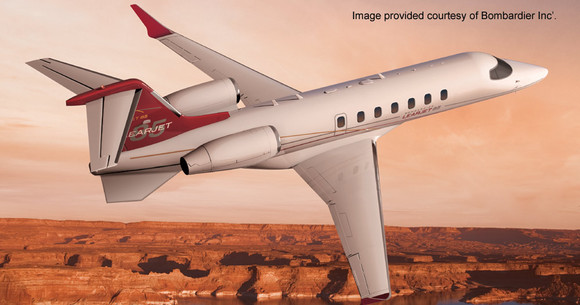