SAERTEX and its partners involved in the working group "DIN SPEC 81000 - Testing Method for Technical Textiles" – TexTechno, Faserinstitut Bremen (Bremen Fibre Institute), Groz-Beckert and the FTA Forschungsgesellschaft for Textiltechnik (FTA Research Centre for Textile Technology) – will receive the DIN Innovation Award 2016 which is to be awarded during the 2016 Hanover Messe (25 – 29 April).
This prize will be awarded for the standard "DIN SPEC. 81000 - Testing Method for Technical Textiles" which SAERTEX was jointly involved in developing. The testing device, which is now available on the market under the name "Drape Test", measures the drapability of fabrics and the resulting derived parameters such as the required deformation force and the change in angle of the rovings. 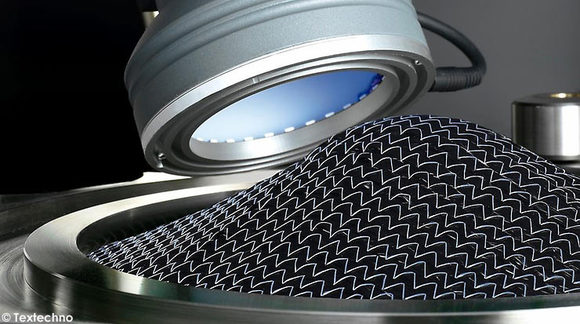