DEVOLD is a one of the world´s leading companies in the multiaxial reinforcement materials market. The business was founded in 1990 in Norway. Like SAERTEX, the DEVOLD company produces non-crimp fabrics made of glass, carbon and aramid fiber for customers across Europe. Its manufacturing facilities are in Lithuania.
The company became a member of the SAERTEX group in 2014. Since then, the focus has been on process harmonization, standardization, and mutual exchange of expertise within the SAERTEX group. Now that these processes have been successfully carried out, the next logical step will be taken.

SAERTEX will continue to strengthen its international focus and the benefits of its global network to be a unified brand with customer-specific solutions for the widest range of requirements on a global scale. An additional step toward this goal is the change of the company name from Devold AMT UAB to SAERTEX Baltics UAB. This emphasizes the internationally oriented alignment as well as customer-focused product offerings throughout the entire group.

“From the very beginning in 2014, DEVOLD has become an important member of the SAERTEX family, smoothly integrated, with a high acceptance on the customer and employee side – and very well connected to the other non-crimp fabrics plants in the SAERTEX group,“ explains Christoph Geyer, CEO of SAERTEX. “The integration into the globally known SAERTEX brand and the resulting positioning perfectly illustrate our ambitions of worldwide available services and solutions of our reinforcements business.”

“Being part of the SAERTEX group has opened up new horizons for us, whether in terms of raw material supply or in relation to a wide range of customers and applications,” comments Saulius Stelingis, General Manager of SAERTEX Baltics UAB. “SAERTEX Baltics is now fully integrated into the processes within the group and our customers will benefit from the exchange and implementation of global best practices.” 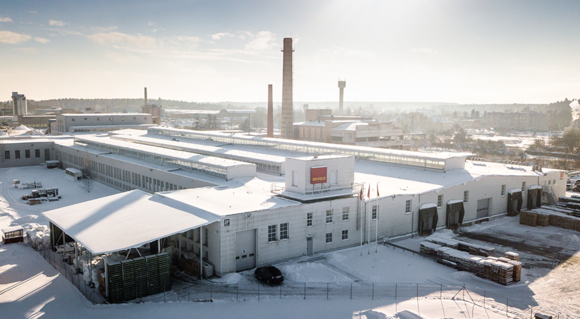 We are pleased to announce that Rocco Belforte will take over the position of Plant Manager at SAERTEX Brasil, effective September 1.

Our stand at this year's JEC World 2022 in Paris was a great success. We presented exciting innovations on three main topics at the leading international trade fair for the composites industry.
1. One-Stop-Shopping for the wind industry
2. Innovation for a resource-saving future
3. New efficiency for transportation, automotive and aerospace

SAERfoam for Wind is a further development of the previous SAERfoam materials – especially for use in rotor blade construction. A solid addition in the one-stop shopping approach for the wind industry with many advantages.