SAERTEX congratulates its customer, Bombardier, one of the world’s leading aircraft manufacturers, on the delivery of the first C Series commercial airliner. The historic handover to launch operator Swiss International Air Lines was celebrated during a special event in June and the C Series officially entered service on July 15, 2016.
By focusing on the 100- to 150-seat market segment, Bombardier has designed the C Series aircraft to deliver unparalleled economic advantage to operators and to open up new opportunities for single-aisle aircraft operations.

SAERTEX® supplies multiaxial fabrics made from carbon fibres to Bombardier’s C Series aircraft programme. These fabrics are used in the production of the C Series wings to help combine the highest possible load-bearing capacity with the lowest possible weight.

C Series is a trademark of Bombardier Inc. or its subsidiaries. 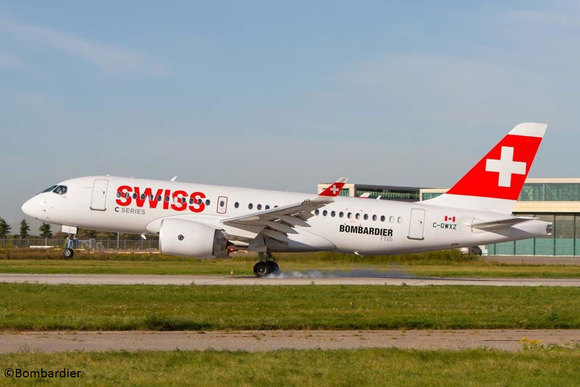