SAERTEX India is the market leader on the subcontinent and has supplied wind energy, marine, automobile and other industries with glass fibre non-crimp fabrics (NCF) virtually from the start.

SAERTEX India stands for business excellence and high quality composite solutions, proven by numerous prizes, including the prestigious "Quality System Excellence Award" awarded by the Federation of Indian Chambers of Commerce and Industry (FICCI) in 2014, the "Outstanding Export Performance Award" awarded by the Indo-German Chamber of Commerce (IGCC) in 2010 and the "National Award for Excellence in Energy Management" awarded by the Confederation of Indian Industry (CII) in 2011. In 2007 SAERTEX India was accepted as being entitled to subsidies from the Technology Upgradation Fund maintained by the Indian Ministry of Textiles.

The Indian member of the SAERTEX group has become a leading supplier of multiaxial NCF in the market in just a decade thanks to its innovative products and tailored solutions. SAERTEX makes a difference above all with its excellent application service. SAERTEX India assists its customers throughout the value creation process from the technical idea all the way to the finished product. This is primarily thanks to its enthusiastic and well trained staff under the guidance of Dr. P.K.C. Bose. Dr. Bose was rewarded with the “Asia Pacific Entrepreneurship Award" and the "CEO of the Year Award" by the India Leadership Conclave in recognition of his services as the company’s managing director. “India’s economy is growing rapidly” says Dr. P.K.C. Bose. “Our innovative goods and services place us in the centre of this growth. This means entry into new markets such as railway and the construction industry and new uses for carbon and aramid”. 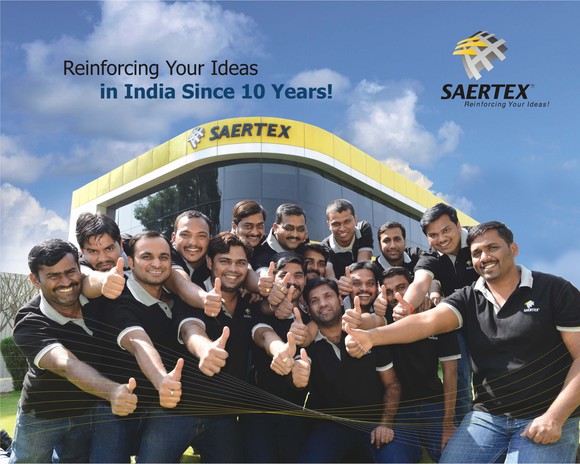